The type of question asked helps determine the most appropriate study type to use.

Strength of evidence is based on research design. The most scientific, rigorous study designs are randomized controlled trials, systematic reviews, and meta-analysis. These types of studies are thought to provide stronger levels of evidence because they reduce, but do not eliminate, potential biases and confounders. Bias is " systematic error, or deviation from the truth, in results or inferences." [1]

Confounding factors have "an effect on the dependent variable (and hence the outcome) that cannot be distinguished from the effect of the independent variable. This may lead to erroneous conclusions being drawn from the results of the experiment." [2] 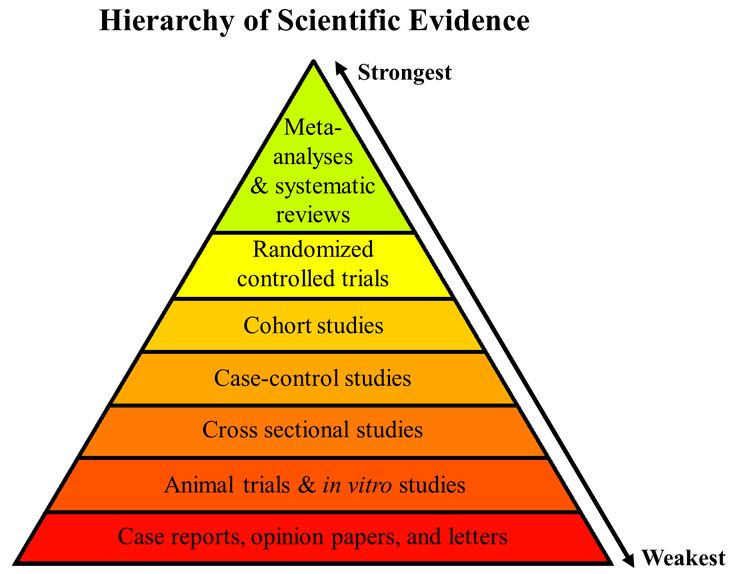 2. "confounding factor." In A Dictionary of Nursing, edited by Martin, Elizabeth A., and Tanya A. McFerran. : Oxford University Press, 2014.