During the 1700s, as the world became better known through exploration and scientific experimentation, mythical monsters disappeared from studies of nature and medicine. But they became increasingly popular in the Gothic fiction that arose in the late 1700s and persisted as an important genre through the 1800s. Monsters of this literature personified the fears of society: fear of what happens when science is allowed to go too far; fear of the encroachment of contagious disease; and fear of the demons within ourselves.

Mary Shelley’s Frankenstein remains one of the most popular literary works of all time. Written in 1817, it focuses on a young scientist, Victor Frankenstein, and his creation of a hideous monster through scientific experimentation. Drawing on knowledge derived from ancient alchemists such as Paracelsus and Albertus Magnus, Dr. Frankenstein attempts to create life through Galvanism, or animal electricity, using body parts that he acquired through the criminal practice of grave-digging. Formulated by Italian scientist Luigi Galvani, Galvanism is the stimulation of muscle by an electric current. Though the original intent of Galvani to create life via reanimation was never achieved, the use of electricity in medical practice is still common today. This gothic tale explores the supposed “imaginary” line between life and death and the potentially “monstrous” results that could ensue. 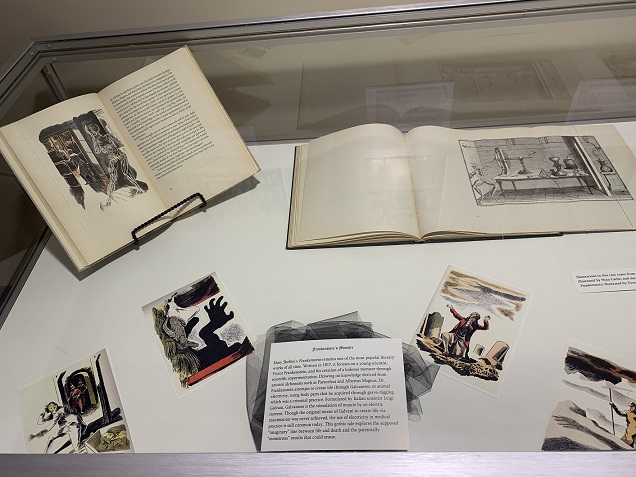 The illustrations on display come from the 1934 edition of Frankenstein, illustrated by Everett Henry, Sterne Rare Book Collection.

This image depicts Luigi Galvani’s experiments on the use of electricity to reanimate frog limbs, the ideological basis for Frankenstein’s animation. The illustration comes from Galvani’s original work, De viribus electricitatis in motu musculari commentaries (1792), within the Reynolds-Finley Historical Library. 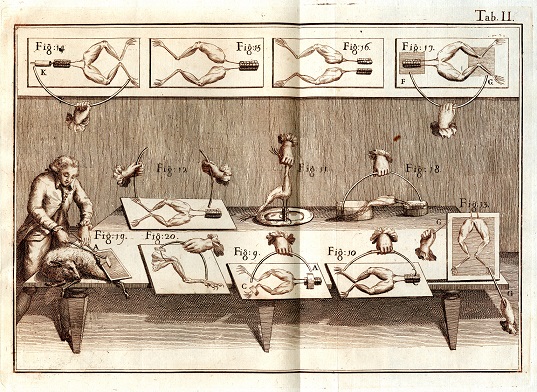 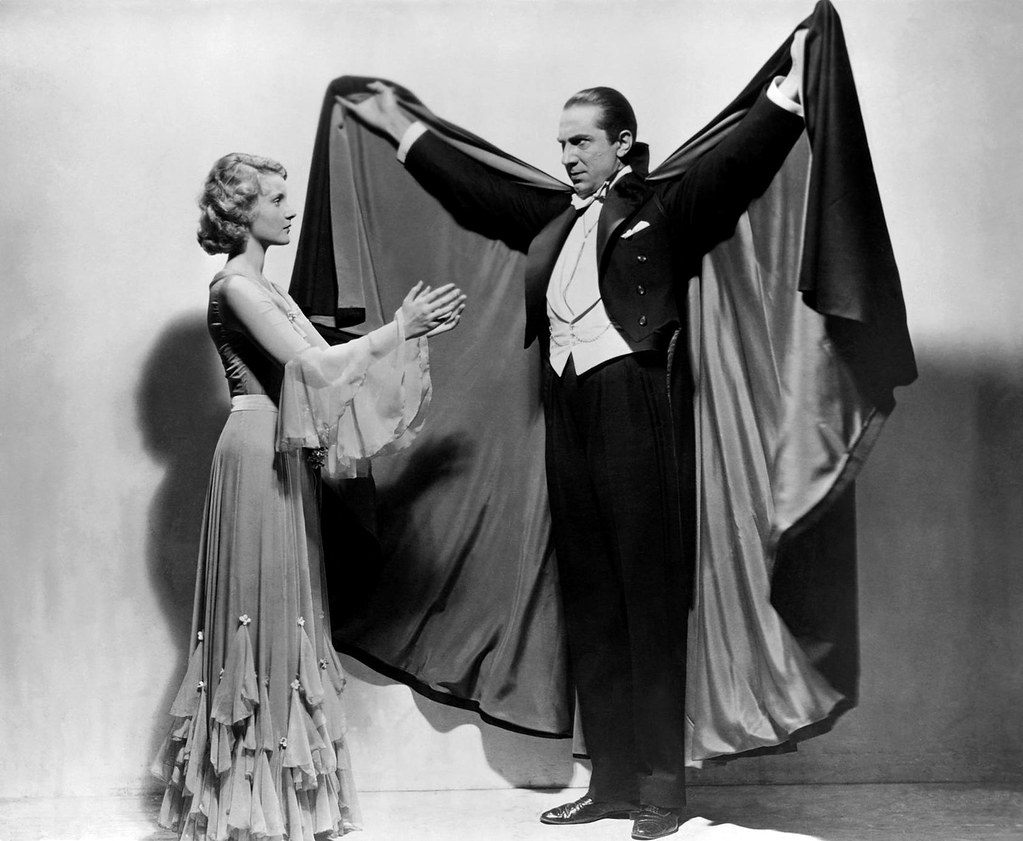 Another Gothic tale, Dracula, written by Bram Stoker and published in 1897, focuses on one of the most popular literary monsters, the vampire Count Dracula. Based on folklore dating back centuries, vampires were known as undead creatures, or demons, that fed on the blood of the living to survive. While many folklore stories became recognized as more fictitious over the centuries, the belief in vampires gained momentum during the 18th century as several “vampire sightings” were reported and caused a mass hysteria throughout Eastern Europe, creating a rise in staking accounts and grave diggings to hunt the potential monsters. The hysteria subsided with later generations, but the association between vampires of folklore and sufferers from the infectious disease, tuberculosis, lingered in the public consciousness. Also known as consumption, this contagious lung infection causes its victims to cough up blood and become pale, thin, and generally waste away toward death. As the disease had reached epidemic proportions during the Victorian era, Stoker's Dracula met with a receptive audience.

The edition of Dracula on display was published in 1931 and shows images from the Universal picture produced by Carl Laemml, Jr. The image above is also from that film.

“All human beings, as we meet them, are commingled out of good and evil…”

Written by Robert Louis Stevenson, The Strange Case of Dr. Jekyll and Mr. Hyde (originally published in 1886), emphasizes the eternal struggle between good and evil and the ever-present existence of man’s inner demons. While Dr. Jekyll is seen as a morally good man with pure intentions, he secretly struggles with an inner evil personified in the emergence of literary monster, Mr. Hyde. Though the behaviors and actions of the two greatly contrast, their fate is equally shared, revealing that man is capable of both good and evil, and oftentimes, both can dually exist. This Gothic tale remains one of the most influential literary works of its time and the antagonistic monster, Mr. Hyde, remains a popular villain.

These illustrations are from the 1945 edition of The Strange Case of Dr. Jekyll and Mr. Hyde, illustrated by Hans Alexander Mueller, in the Sterne Rare Book Collection.