Published between 1997 and 2007, J. K. Rowling’s novel series about the young wizard, Harry Potter, and his struggles against the evil dark wizard, Lord Voldemort, was by 2018 the best-selling book series in history, and one of the most successful media franchises as well. The novels certainly include a menagerie of various monsters and mythical beasts, with literary roots in mythological traditions and medieval and early modern natural history. Many of Harry’s monstrous opponents and friends have already been discussed in this exhibit - dragons, merfolk, centaurs, unicorns, trolls, and giants - but this page adds a few more examples to our monsters list. 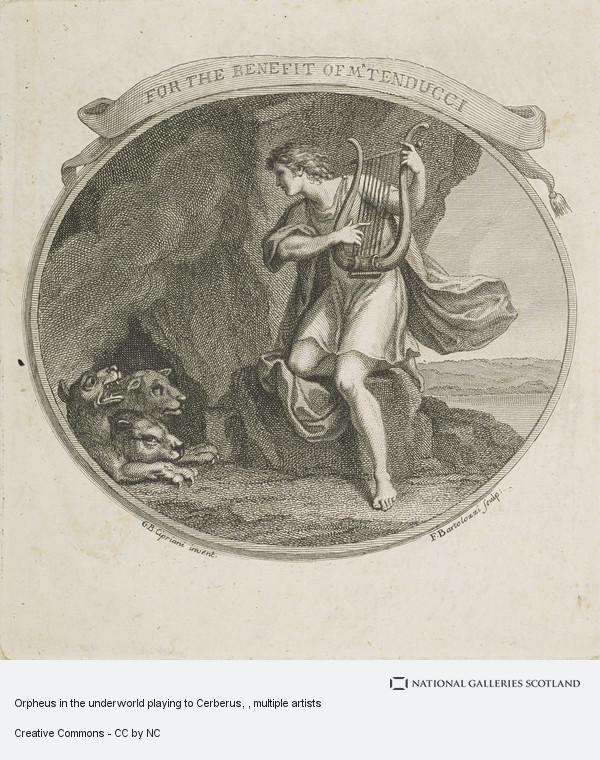 In the first Harry Potter book, Harry, Ron and Hermione face a three-headed dog named Fluffy, who guards the trap door to a hidden area of the castle in which the Philosopher’s Stone is kept. The animal is ferocious but falls asleep to the sound of music. Greek mythology tells of a similar three-headed dog named Cerberus, who guards the entrance to the underworld and was once charmed to sleep by Orpheus playing his lyre. (Illustration: Francesco Bartolozzi, Orpheus in the underworld playing to Cerberus, National Galleries Scotland.)

Shown on the cover of the third Harry Potter book is a hippogriff, which is a similar hybrid as the griffin, with the head, wings and front feet of an eagle, but with the hindlegs of a horse instead of a lion. In the Prisoner of Azkaban, Harry befriends the hippogriff named Buckbeak, who assists him with the book’s quest. The hippogriff also appears in mythology dating back to Classical times. The Roman poet Virgil (70 – 19 BC) provides an early account of the beast in his Eclogues. 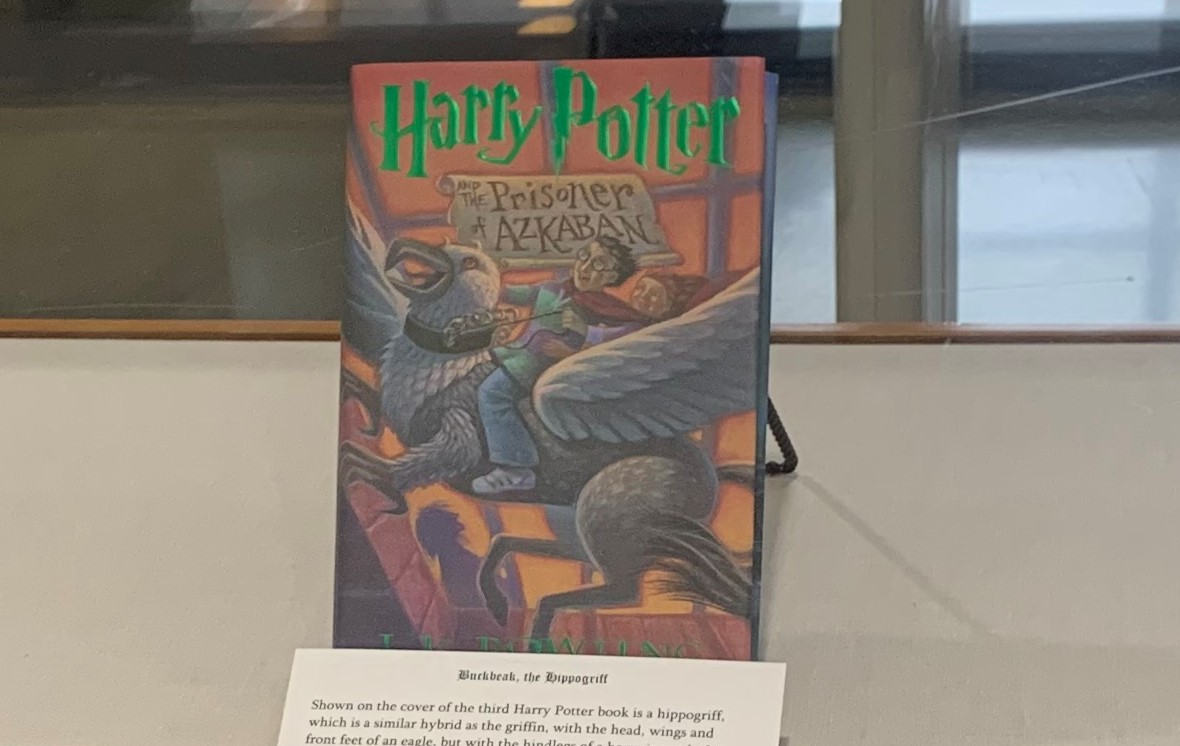 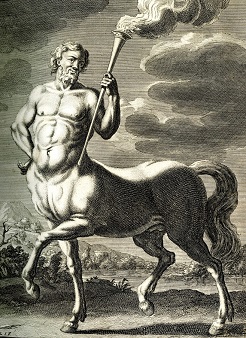 In the Harry Potter books the centaur Firenze teaches divination at Hogwarts, and the centaurs of the series are generally known for their abilities in divination, astronomy and healing. In the Harry Potter books as well as Classical mythology, centaurs possessed both wild, barbarous tendencies and human intelligence. It is said that the centaur of Greek mythology, Chiron, taught mankind the use of plants and medicinal herbs. The Greeks named the plant Centaury or “centaurion” in honor of Chiron, who possessed herbal knowledge and was the civilized antithesis to the usually wild centaurs. Chiron supposedly used this plant to cure a wound he received from Hercules’ poisoned arrow. Dioscorides ascribes many medicinal attributes to this plant, one of which was the healing of open wounds and sores. This illustration of Chiron comes from Daniel Le Clerc’s Histoire de la Medecine (1729), Reynolds-Finley Historical Library. 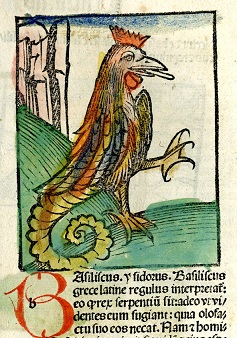 In the second Harry Potter book, a giant serpent called a basilisk who kills with his glance, lives in the Chamber of Secrets intent on killing off Muggle-born students. After its eyes are clawed out by the phoenix, Fawkes, Harry is able to kill it with the sword of Godric Gryffindor. The basilisk tale is not only reminiscent of the Medusa myth, but the monster also appears in early modern natural history, as seen here by its depiction in Hortus Sanitatis (1497). The great serpent is also described as having a “crooked bill like a cocke” and is born of a chicken egg.

In the Harry Potter books, Professor Dumbledore has a pet phoenix named Fawkes who comes to Harry’s aid in the Chamber of Secrets. The bird’s tears have healing properties. But it concerns Harry when it spontaneously erupts into flames during a visit to Dumbledore’s office. These abilities are well-established in bird lore of the phoenix dating back centuries. As noted in the image below from An early English version of Hortus sanitatis (1521; Reprinted 1954), “The phoenix is a bird in Arabia, of them is but one in the world, and he wereth 500 years old. And when he is thus old he gathereth the sticks of well smelling spices and buildeth a fire thereof, and then he splayeth his wings abroad towards the heat of the sun sitting on his wood and quickly he setteth on fire and so burneth, and of the ashes ariseth another phoenix.”